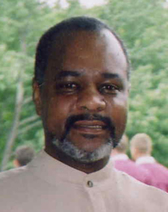 He attended Hamden High School where he excelled on the football team and he received a degree from Southern Connecticut State University.

Prior to his illness, he was employed as a Machinist at Sylvan R. Shemitz Designs. He also worked at Pratt & Whitney for many years.

In addition to his mother and his beloved partner, Jacqueline Johnson; he leaves to cherish his memories a daughter, Deidre Gambrell; a son, Dennis Freeman; sisters, Cathy Gambrell and Lauren Edmonson; brothers, Steven Gambrell and George Clomon; grandchildren, Marquai, Jasmine and Chris Freeman; and a host of other relatives and friends.

His biological father, Otis Gambrell, preceded him in death.