It was not uncommon to see varisty sportsmen walking around the high school wearing their "letter" sweaters. Unknown to most Dragonites, however, is the "Music Letter" awarded to the school's eminent musicians. Below is a picture of such a letter along with a newspaper photo from the high school band's trip to Norfolk, VA. Many thanks to Scott Robinson for these contributions. Scott wrote:


"I have enclosed the "Music Letter" that I was awarded for participation in the school band during the 1970-1971 class year (10th grade). Around May or early June of 1971, the Marching Band participated in the Azalea Festival in Norfolk, VA, as per article from the New haven Register or Hamden Crhonicle. I am shown playing the baritone horn, botton right, tall guy, two columns in from the street. Next to me is Bob Watjen also playing the baritone horn."

In case you're wondering, the band stayed at the Admiralty Motor Hotel on 1170 North Military Highway in Norfolk, and the music they played was from Block Band Jazz. 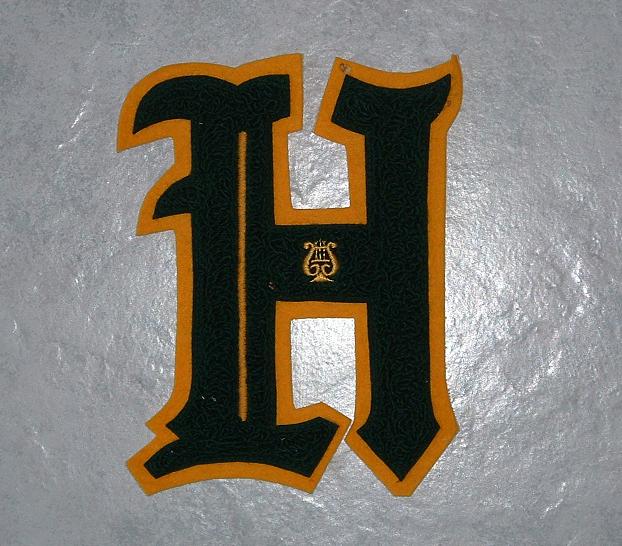 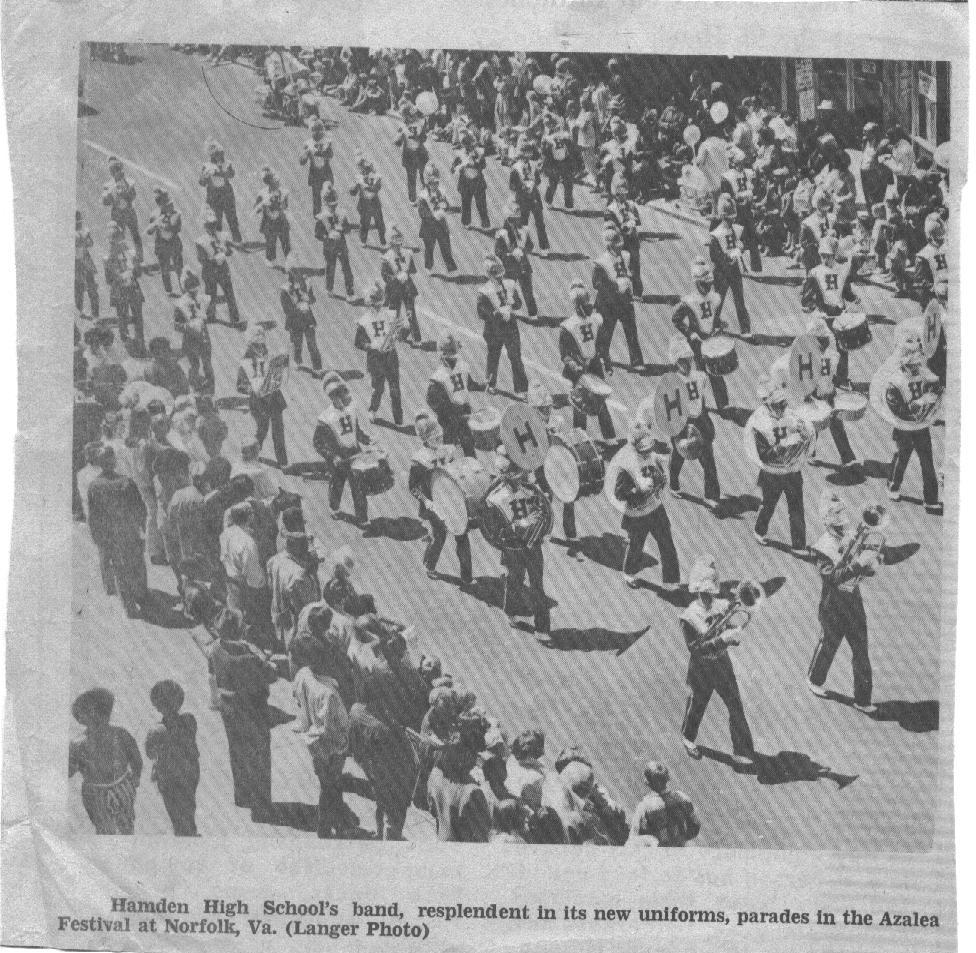