This team flopped in the first half of the season going 0-6 with two rainouts. They salvaged their season by going 5-3 and battling for the league lead in the second half. Our first victory came in dramatic fashion as Jim Kay relieved Bob Grillo in the 7th (last) inning with a one-run lead and struck out the final batter to earn the save. Ray Shia played 2B, Joe D'Aniello 1B-OF, Ray Ferraro SS, Fred Reynolds OF, but I'm not sure what positions Brian Falvey or Merrill Douglas played. All our games were played at WELI Field on Benham Street across from Dunbar Hill School.

Below the picture are the names of the players, classmates in CAPS. 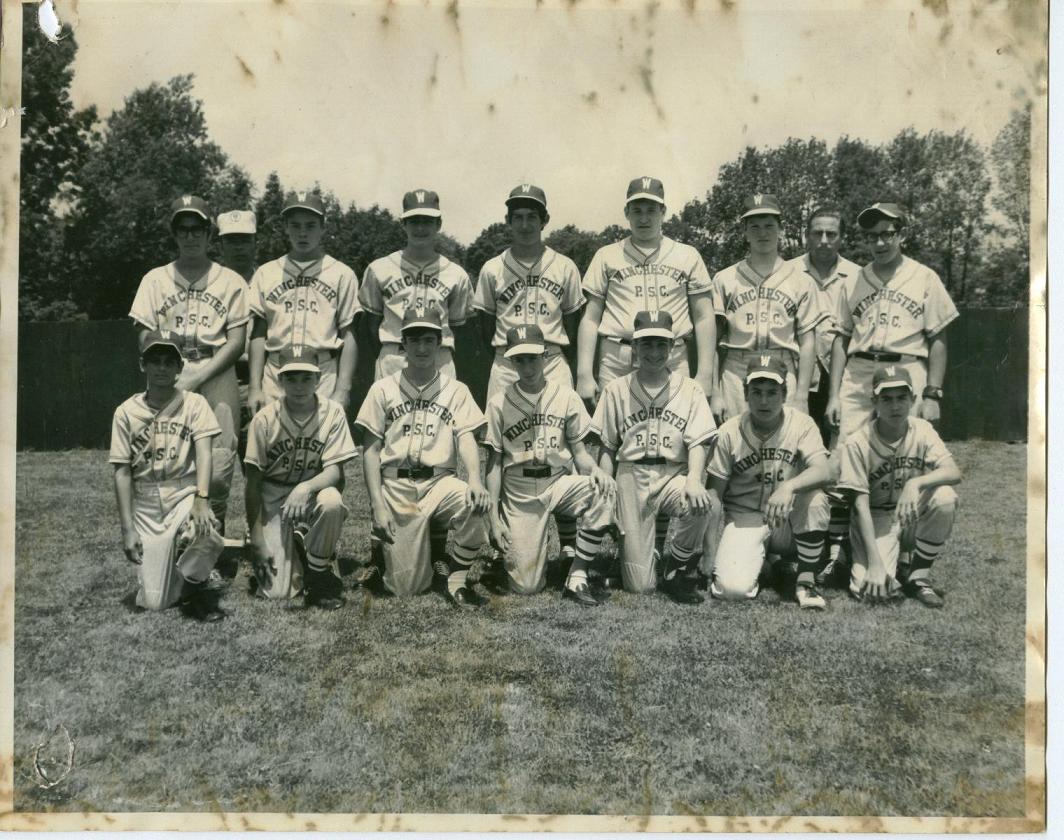